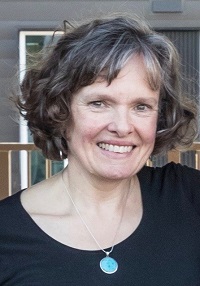 1. What is your research focus?

2. What current project are you excited about?

We have discovered that the vagus motor neurons (cranial nerve X, at the back of the hindbrain) map topographically to their pharyngeal arch targets and we are trying to figure out the underlying mechanism.

3. How long have you been working with zebrafish?

Getting to know you better…

4. Where were you born/where did you grow up?

I was born in Toronto, Canada and lived there all the way through my undergraduate (at York University) and graduate studies (at the University of Toronto).

I always had an affinity for science as my dad was a scientist and I worked in his lab from quite a young age, first making agar plates and solutions and then later doing electron microscopy. However I wasn’t absolutely certain that I wanted to have a career as an academic researcher until I met my first zebrafish!

6. Where did you do your undergraduate studies? Did you do research with anyone?

I studied at York University in Toronto. I worked in labs every summer and then throughout my final year for my honors thesis. Early on I worked in my dad’s lab studying meiosis, and then later in the DNA mutagenesis lab of Barry Glickman, determining the mutation spectra of environmental carcinogens.

7. Where did you do graduate studies and with whom?  What did you work on?

I did my graduate work with Janet Rossant at the University of Toronto. I started my PhD in 1988 with the goal of studying how the vertebrate brain develops. At the time, it was just becoming possible to make targeted gene knock-outs in mouse ES cells by homologous recombination. Working with Janet and Alex Joyner who had the lab next door, I knocked out N-myc, which was for the time relatively well-characterized due to its amplification in human neuroblastoma but whose developmental function was unknown. I characterized the mutant phenotype – lung and heart hypoplasia – but was disappointed that there was no sign of the brain defects we had anticipated based on its expression pattern in development (later conditional KOs did uncover a brain phenotype, but we lacked the markers to detect it at the time). This process of studying an aspect of development that was not my primary interest was formative for me in that it made me seek out a vertebrate in which I could do forward genetics.

8. Where did you do postdoctoral studies and with whom?  What did you work on?

I did my post-doc with Chuck Kimmel at the University of Oregon. The early-mid 1990’s was a magical time for zebrafish research. We (meaning me and the other post-docs in Oregon, and the post-docs who were doing forward screens in Boston and Tuebingen too) felt like we were so lucky to be participating in something big and exciting and new; we felt like the world was our oyster. With Chuck’s trust and encouragement, and with Corinne Houart and Sharon Amacher as team-mates I screened for mutants that disrupted hindbrain patterning by whole-mount RNA in situ hybridization. Thousands and thousands of in situs later I was where I wanted to be when I started grad school: I was studying the genetic basis of brain development.

9. What other jobs have you had?

In the private sector, I once spent a weekend selling canned peaches at a trade show. For the rest, I have always worked in the lab. This is from today:

There have been many of course, however one memorable moment relevant to the above story was seeing the picture below in a paper from Oxtoby and Jowett (1993) PMC309267 when I was writing up my thesis in Toronto and thinking about post-doc projects. It shows krox20 expression in two bold stripes in the zebrafish hindbrain. It made me realize how conserved hindbrain development must be across vertebrates, and it gave me the idea of using this gene as a marker to look for hindbrain patterning mutants.

11. If you could be present for any "Eureka" moment in history (i.e. the moment some scientific discovery was made), which moment would you choose? Why?

Continuing on the same theme, I would have liked to be at the Gehring lab in Basel in 1984 when it was discovered that the homeobox was conserved in vertebrate genomes, and later when the nested, segmental expression domains of Hox genes in the hindbrain were described. These discoveries that showed that mechanisms of development are evolutionarily conserved to an extent that was truly unexpected at that time.

I think it’s a good career choice. Biomedical science is a growth area second only to computer science. While support for small-lab, hypothesis-driven science may be waning, there are new large-scale, massively-collaborative opportunities in industry and academic research. If the question is what advice would I give to someone considering a career in academic research using the zebrafish as a model to study vertebrate development, I would say that if it is your calling, you won’t regret answering it. If it is not really your calling, however, you could probably find an easier path.

Neuroscience. Specifically, the neuronal architecture underlying complex behaviors. Happily, this is an area where the zebrafish is literally shining.

I enjoy a beautiful bike commute, and I play tennis poorly and piano even worse but enjoy both. I also love hiking in the mountains around Seattle in the summer, collecting mushrooms in the spring and fall, teaching at Woods Hole in August, and spending time with my boys Willem and Ben (14 and 17).

“Lincoln in the Bardo” by George Saunders. Highly recommended!

Mendelssohn’s Songs Without Words. An ambition of mine is to play these pieces myself. So far, I’ve managed the three easiest.

Muskoka, Ontario; Holland; and the Dolomites.

"You can see a lot just by observing." – Yogi Berra.

Below is an image captured by the featured investigator...