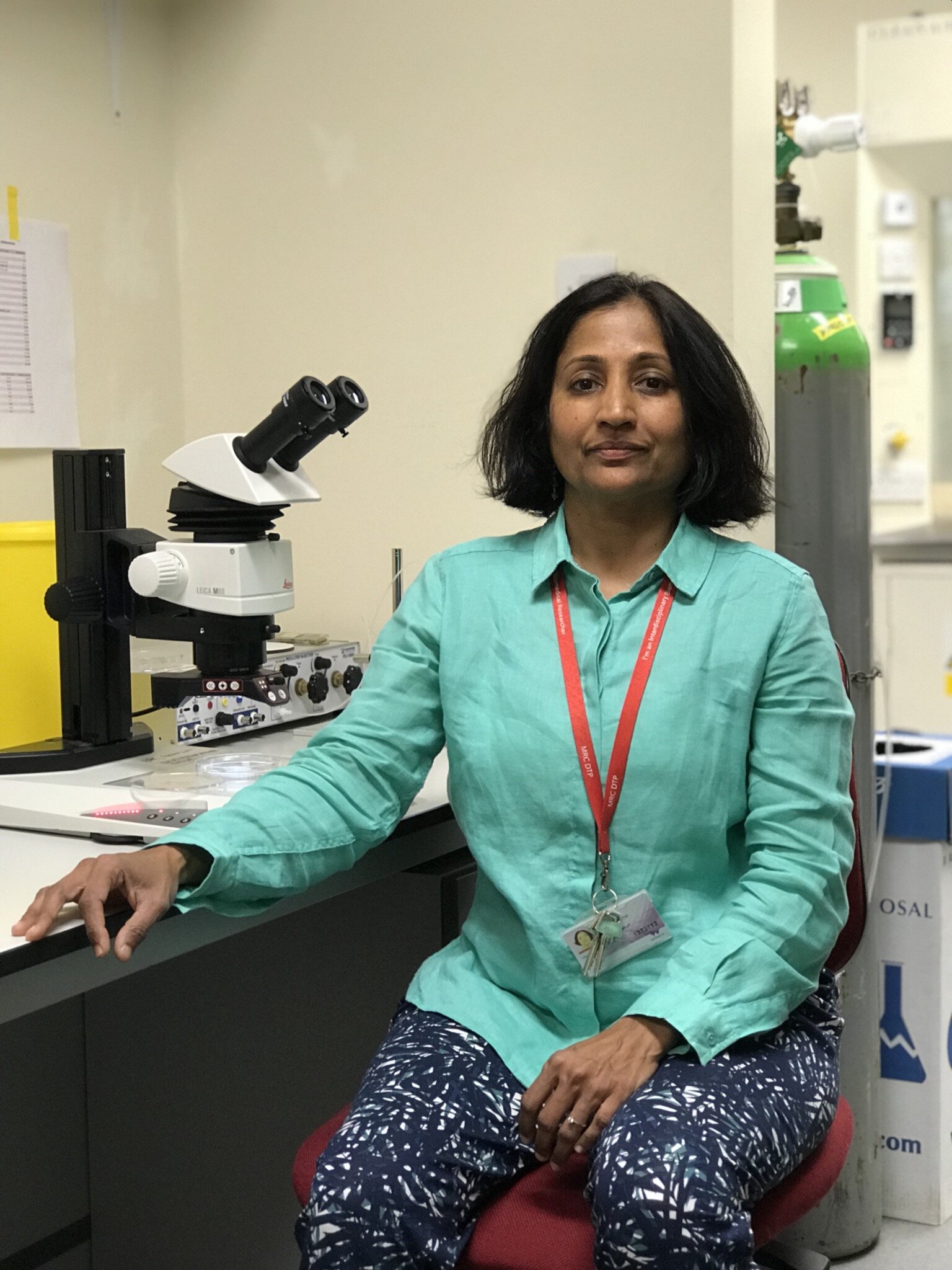 My broad interest is how form and function is generated in embryos, and the fundamental mechanisms that control development and differentiation in progenitor cells. In recent years, a major focus of my group has been to determine the roles and regulation of nodal RNA and Nodal signaling.

2.    What current project are you excited about? 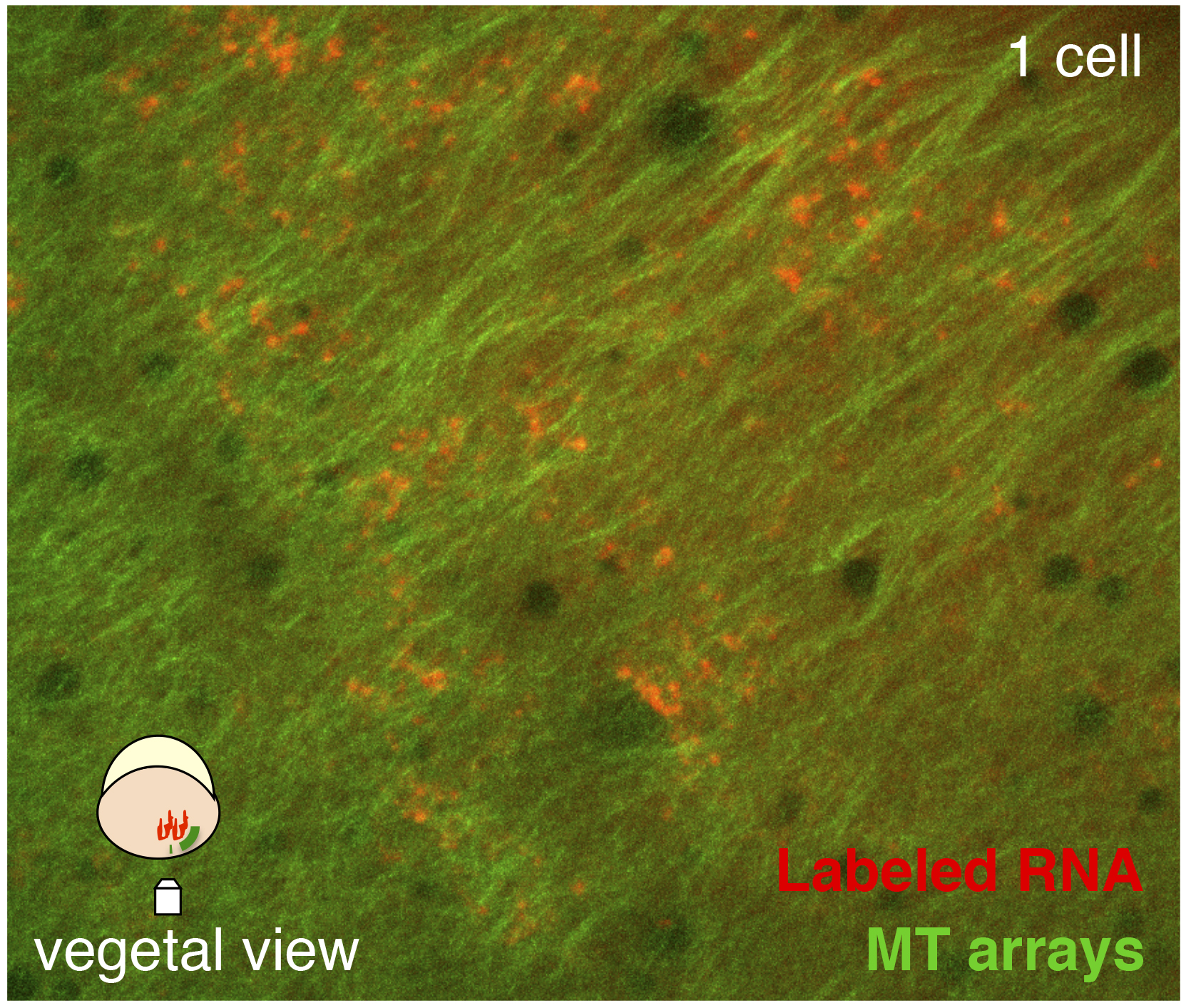 How RNA elements are recognized and function is not well understood. We are working on a RNA motif that we had previously identified in maternal nodal RNA. We recently found similar motifs in other components of the Nodal signaling pathway. This is a crucial signaling pathway, and mutations often lead to recognizable embryonic phenotypes in zebrafish. So we are using the pathway as a paradigm to understand the recognition logic for specific RNA elements.

3.    How long have you been working with zebrafish?

I set my eyes on zebrafish as a doctoral student in 1989, and barring a brief stint with Xenopus when I was a post-doctoral fellow, I have always worked with fish!

Getting to know you better

I was born in Chidambaram in south India. My father worked for the public sector and we moved around a fair bit - by the time I finished high school, I’d been to 7 different schools across the Indian subcontinent. My childhood memories are of climbing mango trees, long train journeys, and reading every book I could find.

5.    Where did you do your undergraduate studies? Did you do research with anyone?

I obtained my undergraduate degree in Zoology at the University of Delhi. It was a traditional course and there wasn't much research exposure at that level when I was studying. But I am glad to see that’s changing now.

That was during my Master’s degree at The Maharaja Sayajirao University of Baroda – For my masters project I worked with an immunologist, Pradip Akolkar, who had briefly returned to India from Fred Alt’s lab, focusing on the T-cell receptor repertoire. We were taught molecular genetics by the fungal geneticist, Bharat Chattoo, and developmental biology by Johannes Manjrekar, who had just joined from the lab of fly neurogeneticist KS Krishnan. This was in the late 1980’s when international journals came to India by ‘surface mail’ or ‘sea mail’, one or two months after publication! Yet, it was a contemporary and exciting programme – I remember discussing VDJ recombination in the immune system, self-splicing RNAs, and the fly developmental biology that was just unfolding at the time. This was influential in my choosing a career in science.

7.    Where did you do graduate studies and with whom?  What did you work on?

My doctoral training was with Gary Stuart (who’d made the first transgenic zebrafish in Monte Westerfield’s lab). I worked on POU-domain transcription factors.

8.    Where did you do postdoctoral studies and with whom?  What did you work on?

I did two short post-doctoral stints - first with Christopher Wright at Vanderbilt University, in whose lab I identified a role for the Xenopus Nodal factor Xnr1 in left-right patterning. Then, my husband was recruited to a research institute in Singapore. Chris was very generous, and I continued to work on the zebrafish Nodals, in the laboratory of Vladimir Korzh in Singapore. There, I found that cyclopsb16 deletion mutants lacked expression of nodal-related 2 transcripts, in contrast to cyclops ENU-induced mutant alleles, and this was corroborated by southern blot analysis of cycb16. Subsequently, in collaboration with Marnie Halpern and Lila Solnica-Krezel, we reported the molecular identity of cyclops.

Barring one occasion in college when I sold a tabloid newspaper (!), I have not held any jobs outside research or academia.

A visit to Anne Ephrussi’s lab at the EMBL enabled me to start a new line of investigation. After the identification of cyclops/nodal, I’d found that one of the nodal RNAs was localized in zebrafish eggs. Fotis Kafatos and Daniel Louvard served on the scientific advisory board of the institute where I worked, and they made it possible for me to spend a couple of months at the EMBL. Much of my lab’s work in recent years has its origins in that period. I also met three colleagues with whom I’d interact closely some years later in Singapore - Christoph Winkler (who was visiting Jochen Wittbrodt’s lab), Pernille Rorth, and one of my scientific heroes - Steve Cohen.

11. If you could be present for any "Eureka" moment in history (i.e. the moment some scientific discovery was made), which moment would you choose? Why?

Deciphering the genetic code – This work was done before I was born and we take it for granted now, but the logic that went into figuring out that it’s a triplet code is simply brilliant.

I’ll pass on the advice I received as a post-doc: The first, from Lila Solnica-Krezel - identify a problem that fascinates you, find or develop all the tools you need to tackle it, and then solve it. In Singapore, V Sundaresan, a plant biologist and mentor, advised to think beyond the next obvious question and to not be afraid of being original. To add to their counsel, I’ve found that seeking out collaborators from other disciplines has really benefited our work, be it biophysical approaches, computational modeling, or more recently, chemistry.

I think synthetic biology holds great promise to solve problems that cannot be tackled by conventional approaches, and I anticipate both novel fundamental insights and rewiring of existing systems towards new purposes. 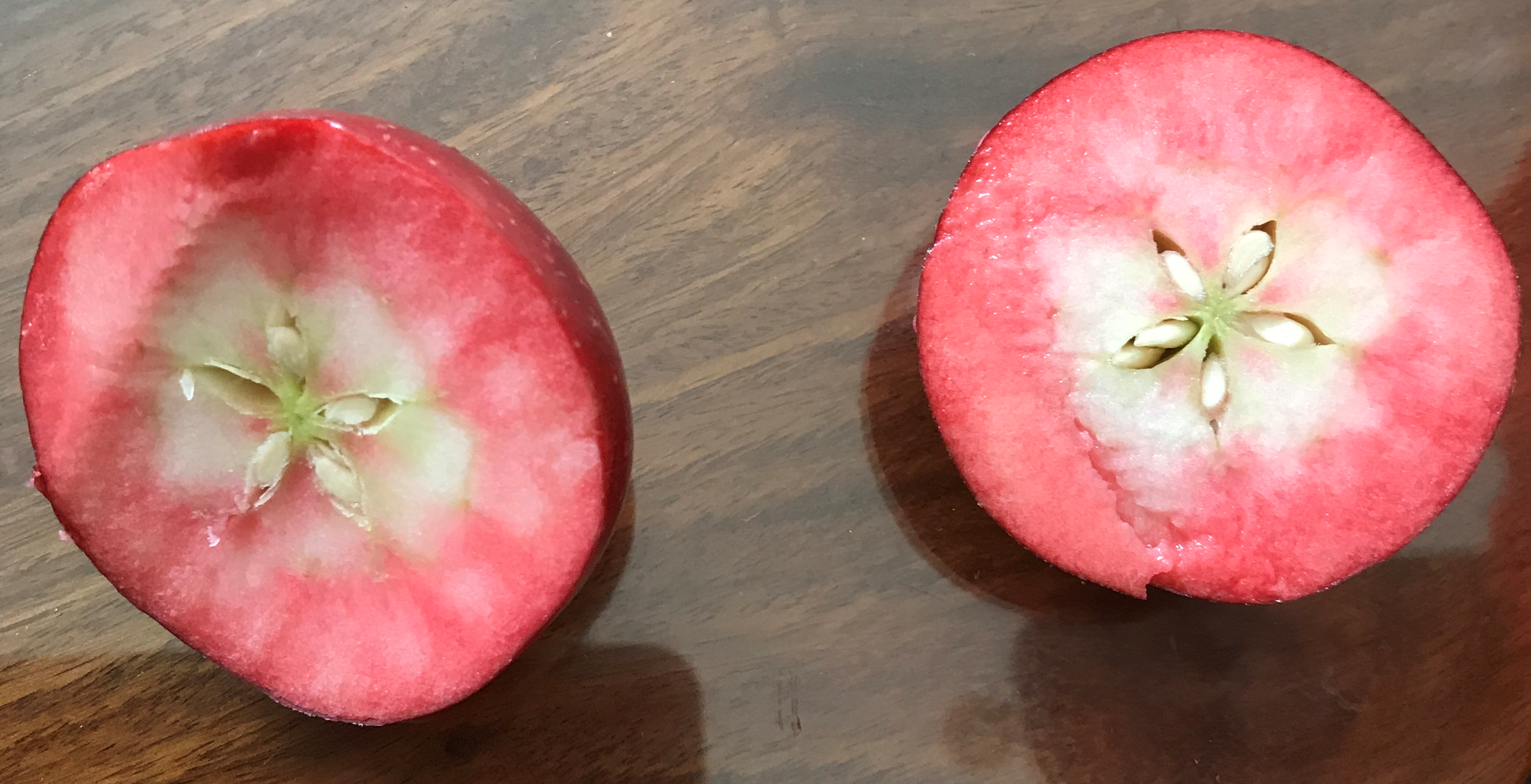 I was really pleased to find (and plant) an unusual tinted Rosette apple tree. What do you think causes this - pigment mutant? transposon insertion? Any volunteers to sequence my apple genome :) ?

“The Guernsey Literary and Potato Peel Pie Society” (- in anticipation of the upcoming film!).

I grew up listening mainly to Indian music and I love musicals. My favourites are “Bohemian Rhapsody” by Queen and an Indian classical piece “Manavyalakinchara” by the composer Thyagaraja (https://www.youtube.com/watch?v=JpXly-Mpu1g), in raga Nalinakanthi.

I’ve lived in, visited and liked many places - these days, a favourite place is Wales.

I trained in classical Indian dance for some years when I was growing up, but this was interrupted by our frequent moves across the country. I’m no Ginger Rogers (yet J), but when possible, I try and take dance lessons.

Not a quote, but a favourite poem is “The road not taken” by Robert Frost.